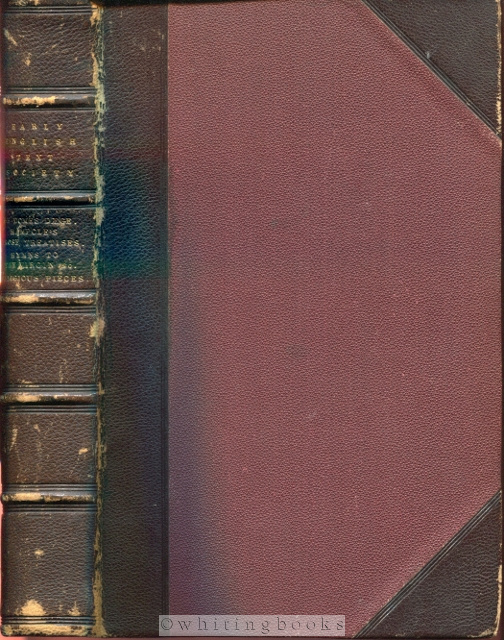 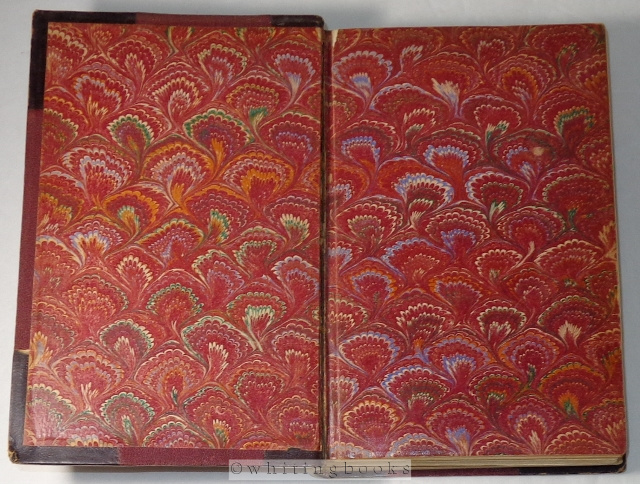 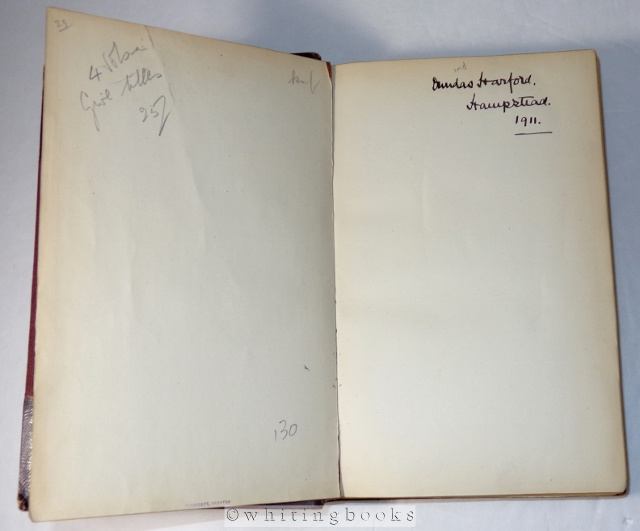 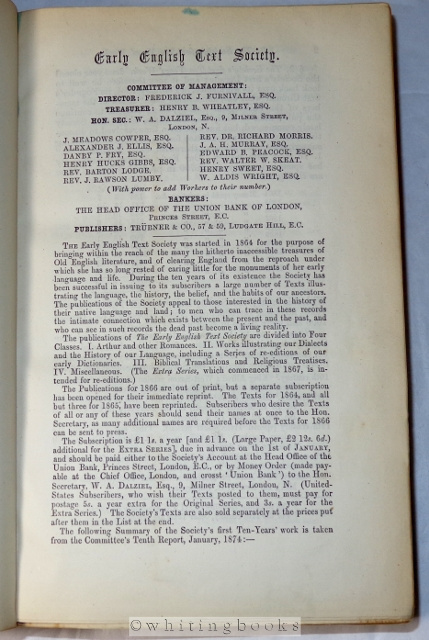 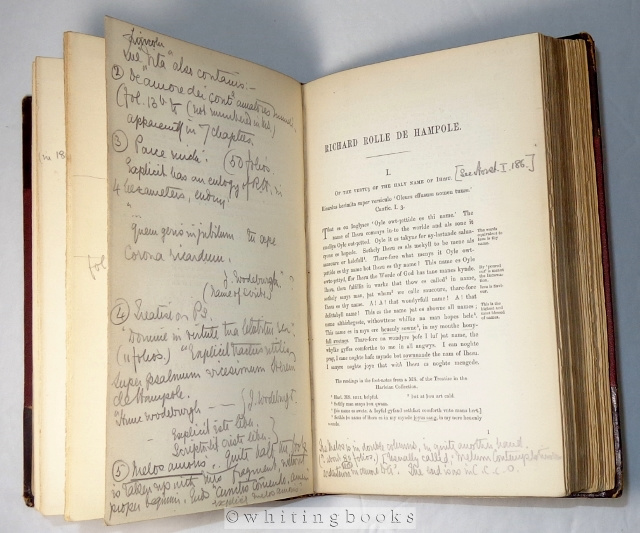 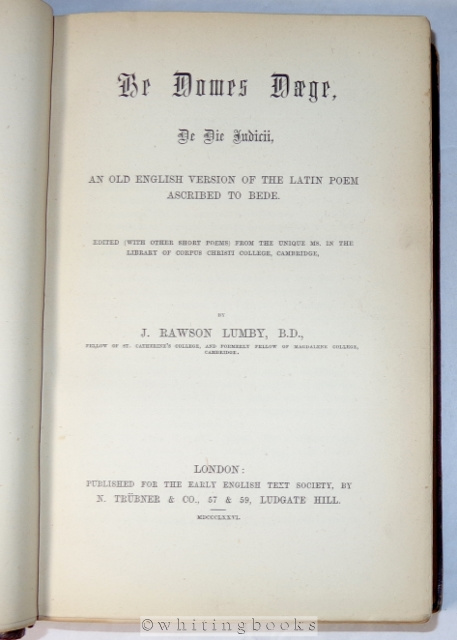 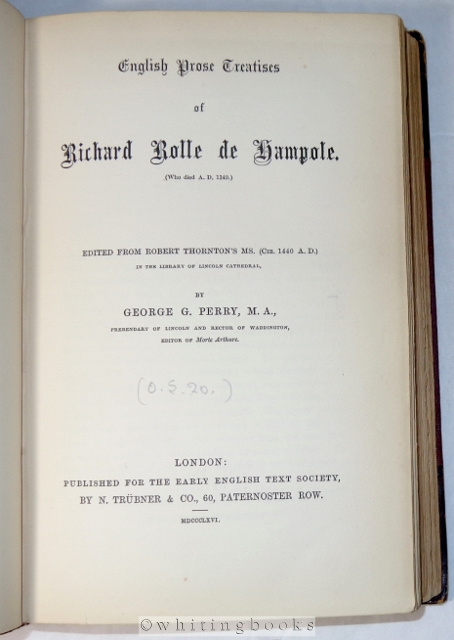 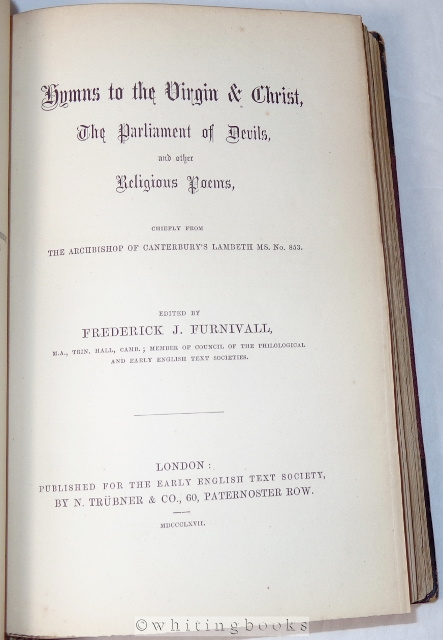 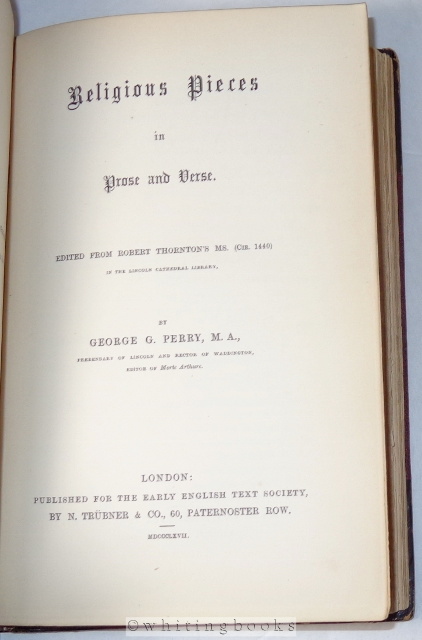 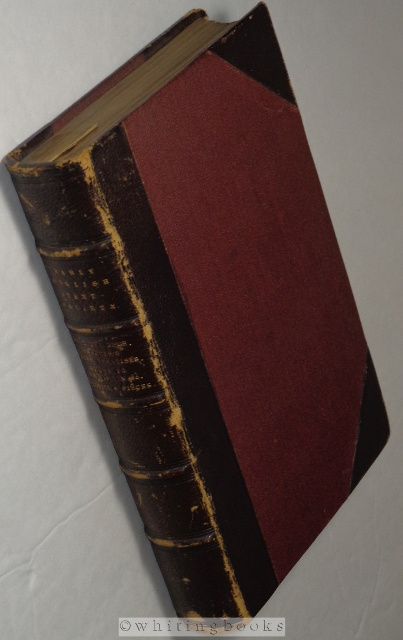 Four early publications (1860s-70s), hard-bound in one volume, from the Early English Text Society, formed in 1864 for the study of Old English literature. Boards are worn at the corners and spine. Provenance: "Dundas Harford. Hampstead. 1911." Harford was Rev. Dundas Harford (1858-1953), Vicar of the Parish of Emmanuel in Hampstead at the time he owned this book. Interesting marginalia throughout the publication concerning Richard Rolle de Hampole (see below) indicates a scholarly interest by Rev. Harwood in this subject. The publications in this bound volume include the following: 1. Be Domes Dage De Die Judicii: An Old English Version of the Latin Poem Ascribed to Bede, by J. Rawson Lumby, B.D. (1876); 2. English Prose Treatises of Richard Rolle de Hampole (Who died A.D. 1349), edited from Robert Thornton's MS. (Cir. 1440 A.D.) in the Library of Lincoln Cathedral, by George G. Perry, M.A. (1866); 3. Hymns to the Virgin and Christ, The Parliament of Devils, and Other Religious Poems, Chiefly from The Archbishop of Canterbury's Lambeth MS. No. 853, edited by Frederick J. Furnivall (1867); and 4. Religious Pieces in Prose and Verse, edited from Robert Thornton's MS. (Cir. 1440), in the Lincoln Cathedral Library, by George G. Perry, M.A. (1867). 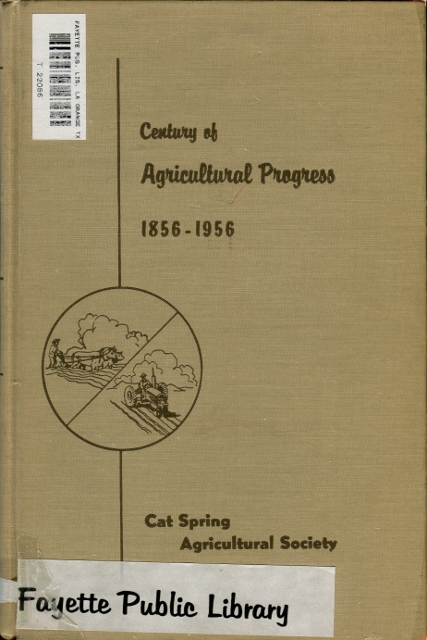 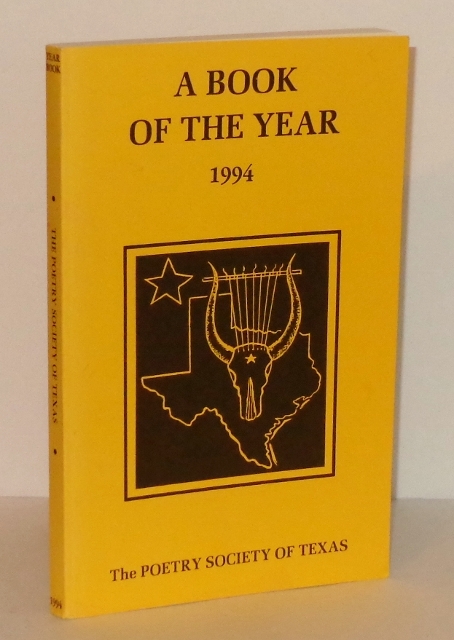 A Book of the Year 1994 [Texas Poetry Society], Reporting on Work Accomplished in 1993: Book Seventy-Two 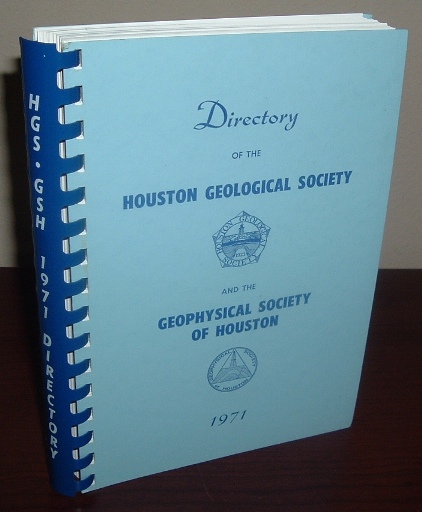 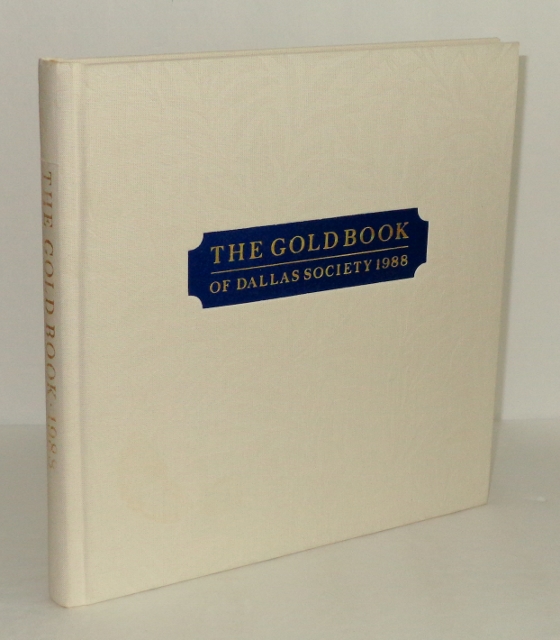 The Gold Book of Dallas Society 1988 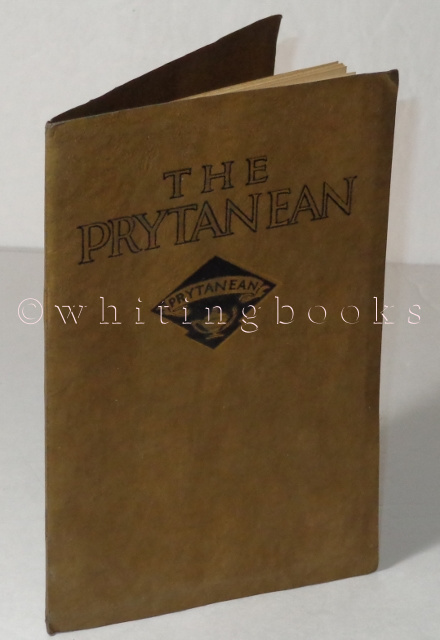 The Prytanean: A Record and Directory Published Annually By the Prytanean Society of the University of California (Berkeley) - Volume II April 1, 1924 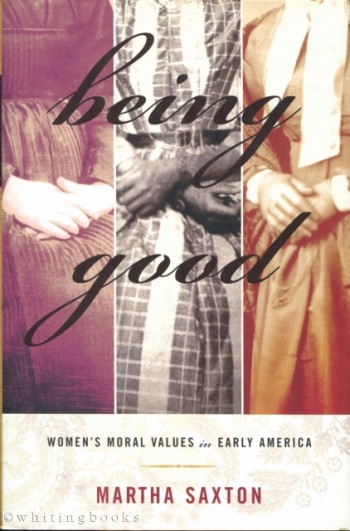 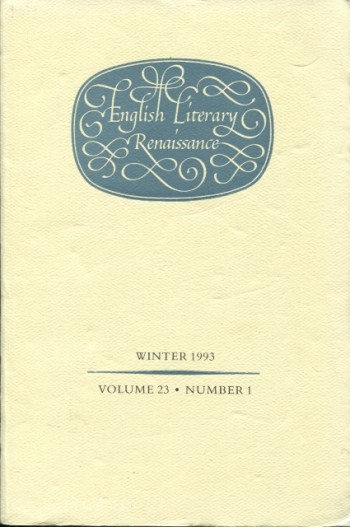 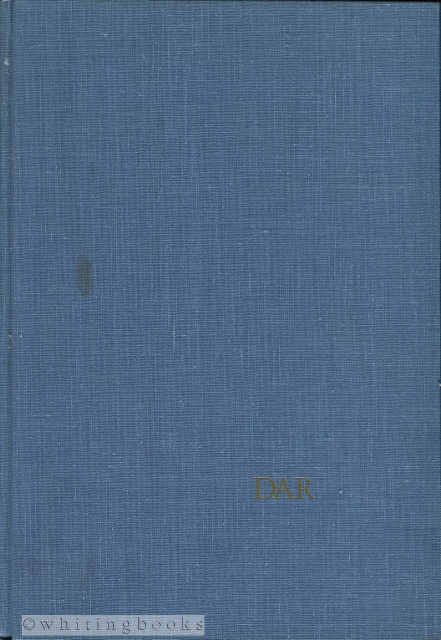 History of the Texas Society National Society of the Daughters of the American Revolution, Commemorating the Bi-Centennial Era in Texas, Nineteen-Hundred Twenty-Nine Through Nineteen-Hundred Seventy-Four