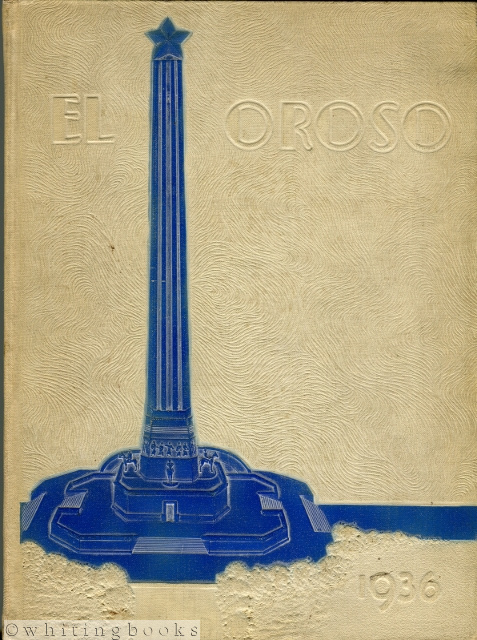 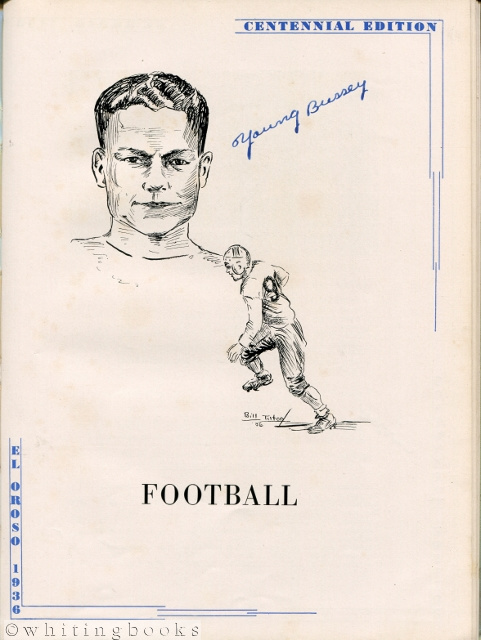 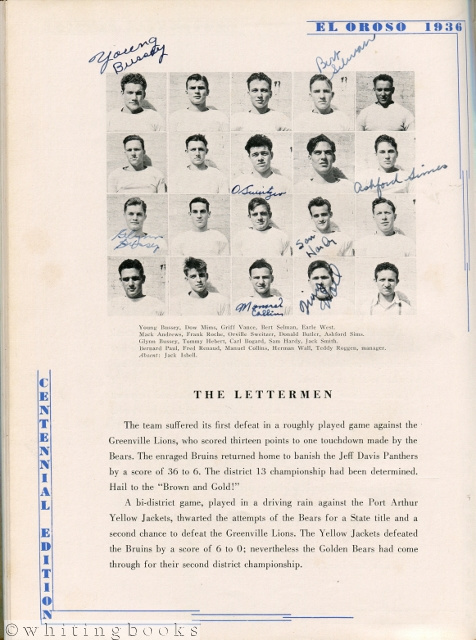 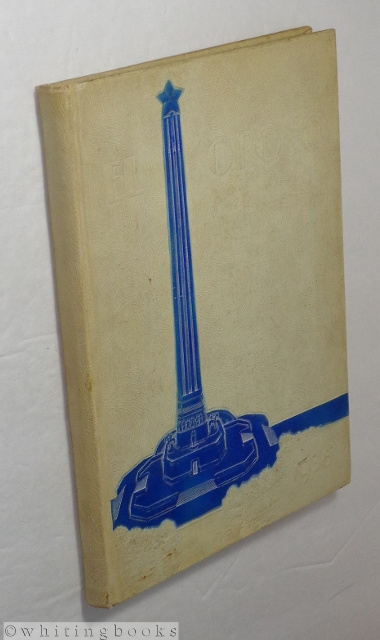 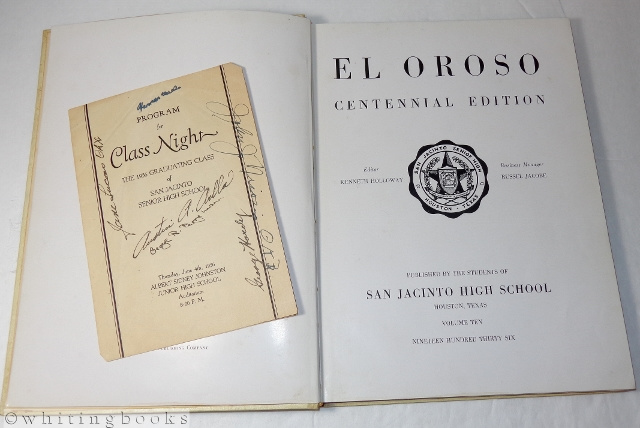 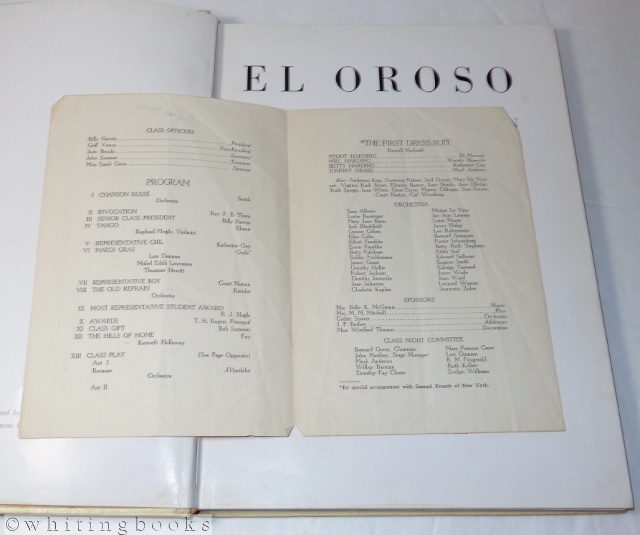 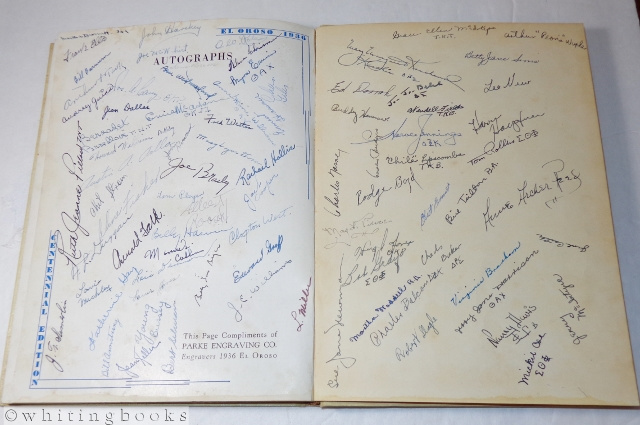 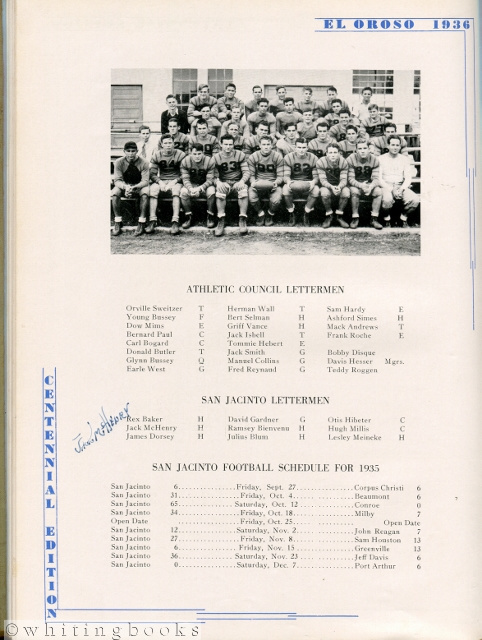 Foxing to the endpapers. Light soiling and toning. Embossed front cover featuring the San Jacinto Monument In blue. El Oroso is blindstamped across the top of the front cover. Previous owner name inside the front cover. Numerous student signatures throughout. T.H. Rogers was the principal. Thomas Horace "T.H." Rogers was a principal in the Houston Independent School District until his retirement in 1944. T.H. Rogers Junior High, was named for him. The collectability of this book, other than for local history, is derived from the signatures of football star, Young Bussey. He signed two pages--one a full-page sketch of him in football uniform and a small photo on the Lettermen page. Many of the other lettermen also signed their photos, including Bussey's younger brother, Glynn. Young Bussey was a legendary Houston high school football player and all-around athlete who was recruited by Senator Huey Long of Louisiana to play football at LSU. From LSU, he was drafted by the Chicago Bears and played just one season-the 1941 championship season-after which he enlisted in the Navy to fight in World War II. He was assigned to an attack transport as a beachmaster and saw action in 10 amphibious assaults, including the Battle of Guam. During the Invasion of Lingayen Gulf in the Philippines, Bussey was killed when his landing craft took a direct hit from a Japanese mortar. A very scarce yearbook with Young Bussey's signature twice. 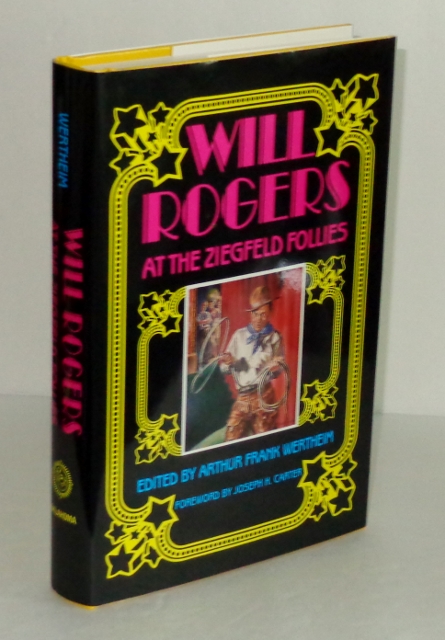 Will Rogers at the Ziegfeld Follies

By: Rogers, Will (edited By Arthur Frank Wertheim) 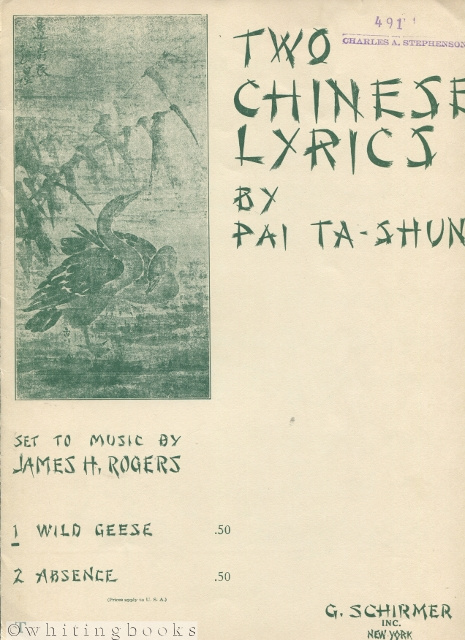 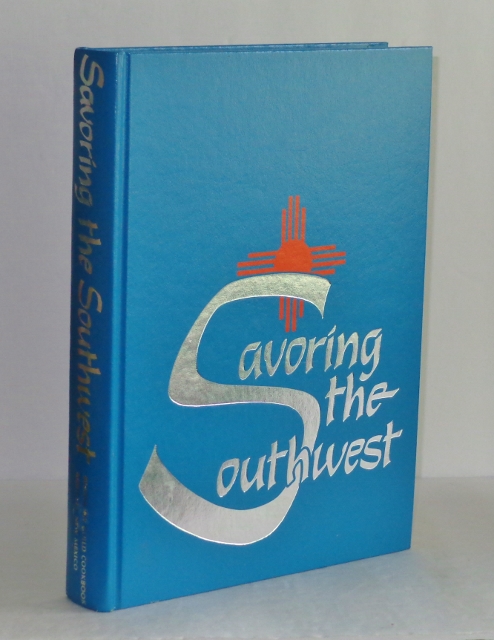 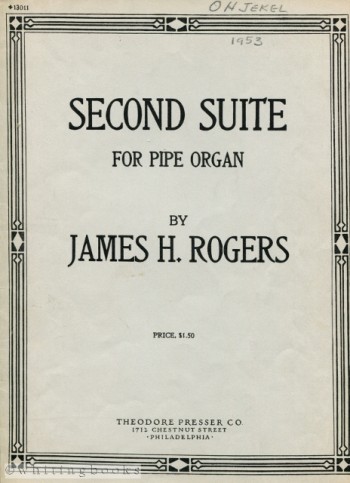 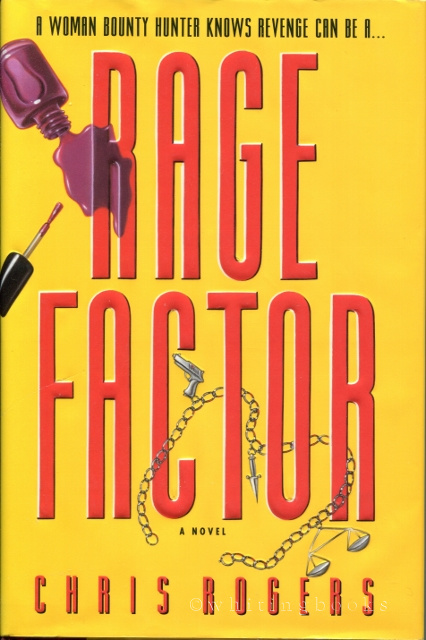 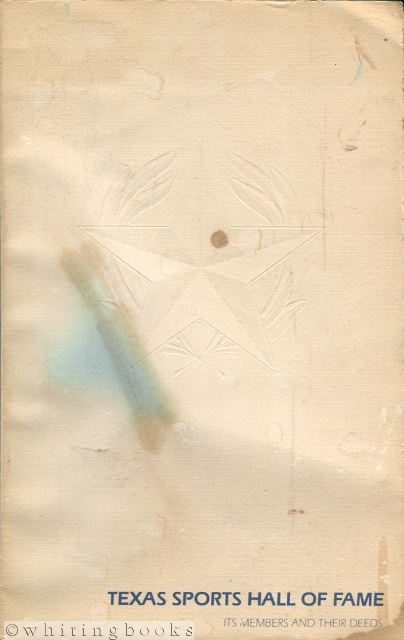 Texas Sports Hall of Fame : Its Members and Their Deeds 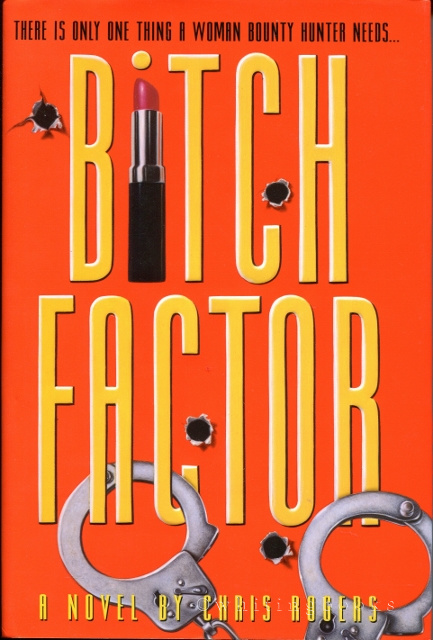