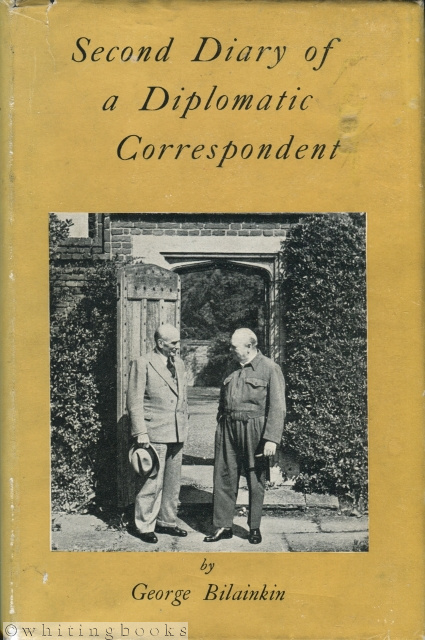 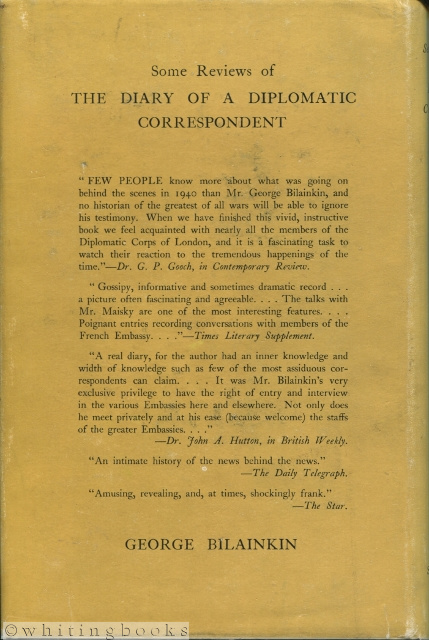 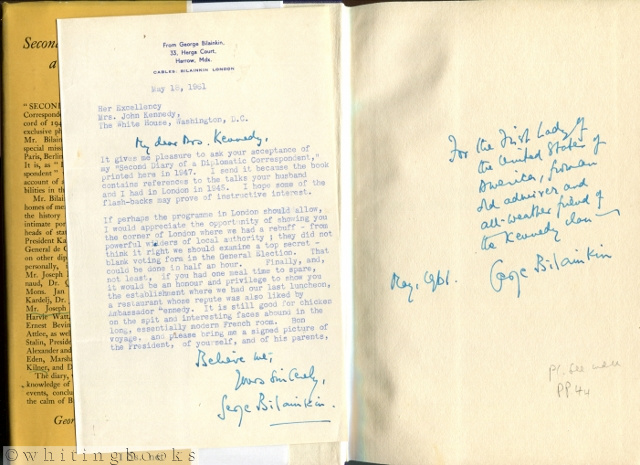 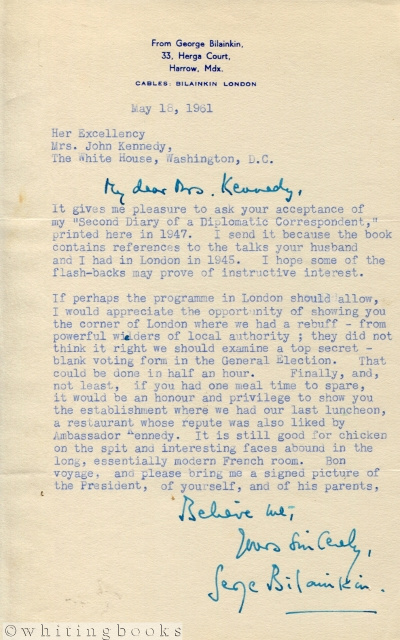 Edition and publication date not indicated, but a letter from the author, which accompanies the book, indicates 1947 as the year the book was printed. The book shows just a trace of wear, the jacket has some chipping and rubbing. This copy either belonged to or was intended for Jacqueline Kennedy, while in the White House, because of the author's association, as a journalist, with her husband and father-in-law, Joseph P. Kennedy, Sr. during the World War II era in Great Britain. A typed, signed letter from the author, addressed to "Her Excellency, Mrs. John Kennedy" is laid in at the front of the book. It is dated May 18, 1961, several months after President Kennedy was inaugurated and a month in advance of a June trip abroad for the President and First Lady. Bilainkin requests an opportunity to show Mrs. Kennedy where he met with her husband in 1945 and he also suggests lunch with the First Lady at a place where he dined with a young JFK. He recalls his dealings with JFK and his father and marks text on the jacket and Index that he feels Mrs. Kennedy may find of interest. On the front free endpaper, Bilainkin has written the following inscription: "For the First Lady of the United States of America, from an old admirer and all-weather friend of the Kennedy clan. George Bilainkin, May 1961." There is no indication in the book that Bilainkin's gift was actually in the possession of Jacqueline Kennedy, but if it found its way to her out of the checkpoints where her mail was received and sorted, then it's possible the book may even have been shown to the President. Regardless of Bilainkin's success or failure at putting this book into the hands of Jacqueline Kennedy in 1961, the book did eventually make its way into a Washington, D.C. area estate and onto the market. And it remains an interesting association copy from an admirer and acquaintance of the Kennedys. 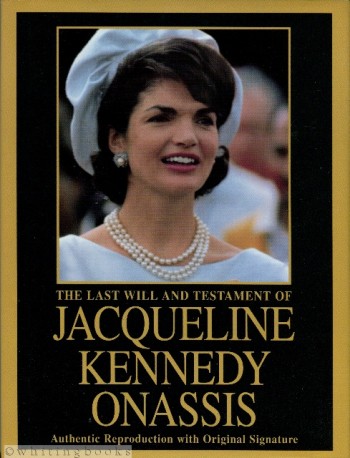 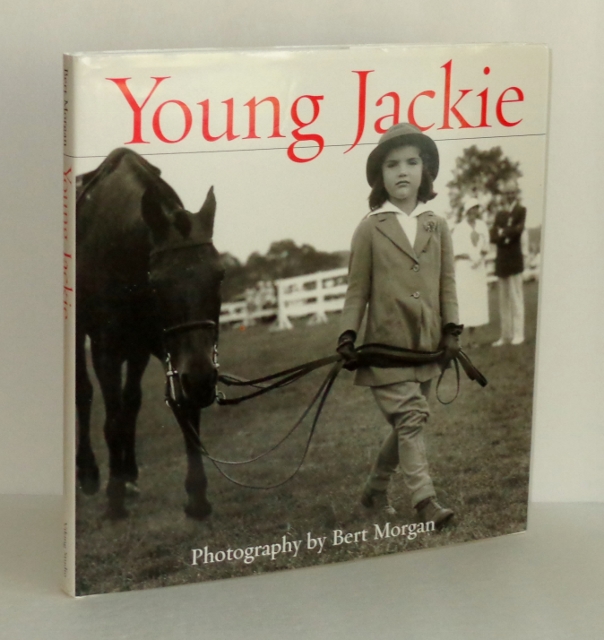 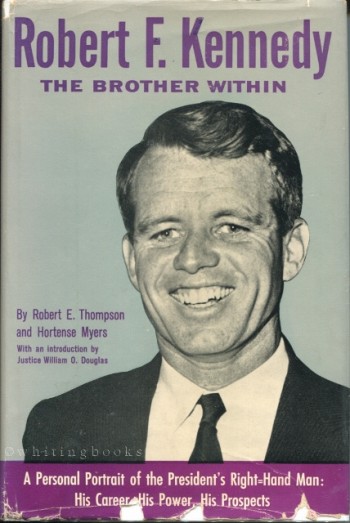 Robert F. Kennedy: The Brother Within 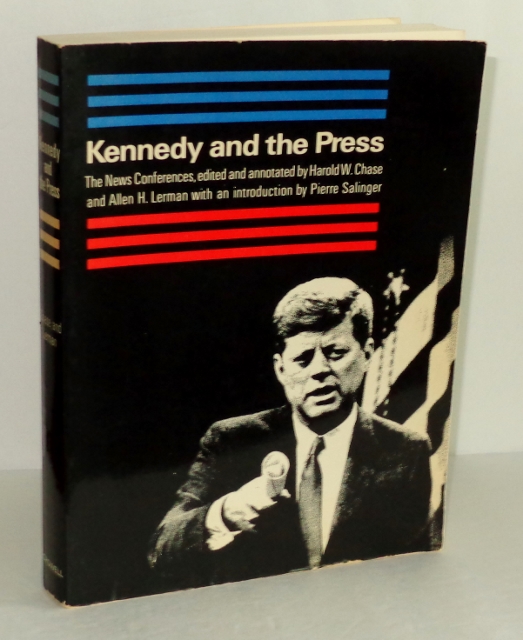 By: Chase, Harold W. and Allen H. Lerman (Edited and Annotated by); Introduction by Pierre Salinger 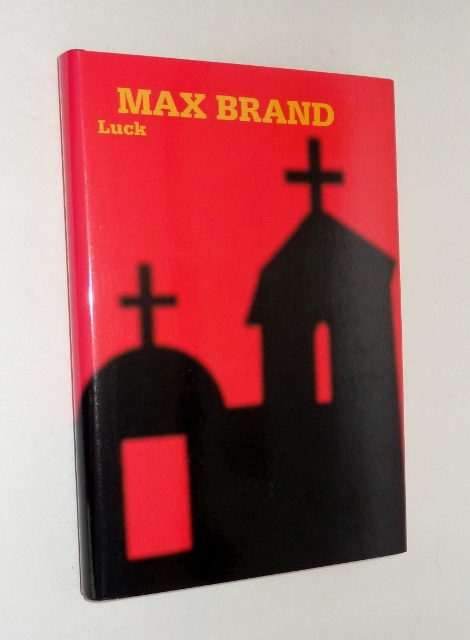 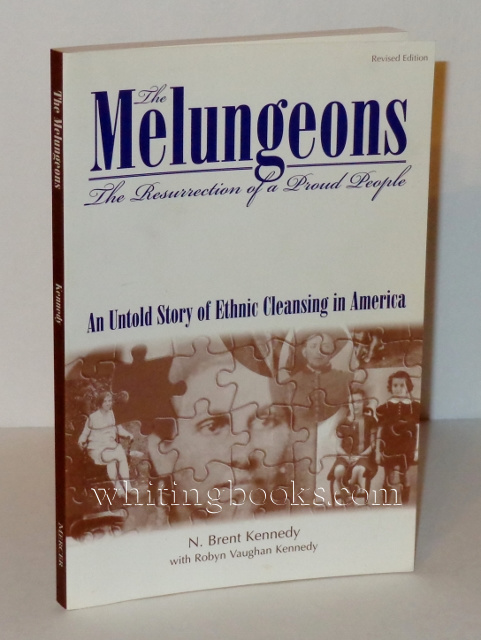 The Melungeons: The Resurrection of a Proud People (Revised Edition) 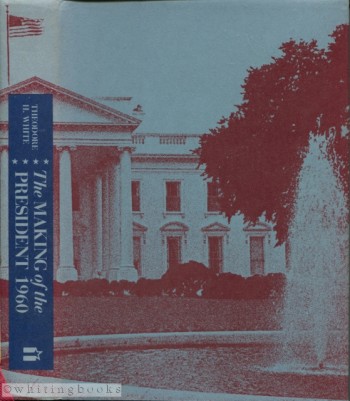 The Making of the President 1960 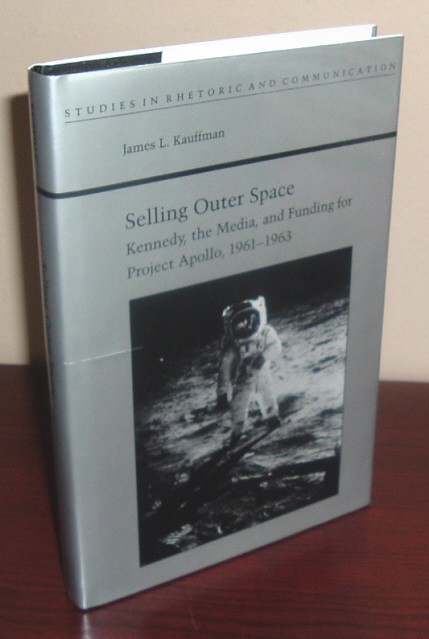