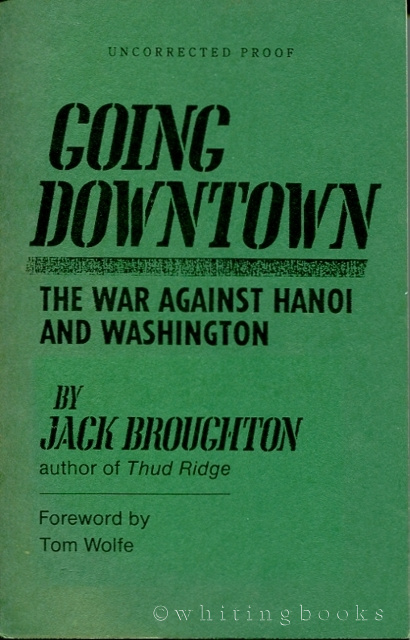 Going Downtown: The War Against Hanoi and Washington

Association copy signed from the author to fellow Vietnam War combat pilot, Fred Platt (see more below). 294 pages, near fine with barely a trace of wear. There's an old sticky note on the first page with a gift inscription to Platt (can't make out who signed it - not Broughton). Broughton (1925-2014) served as a United States Air Force fighter pilot in both the Korean War and the Vietnam War. He retired a highly-decorated colonel in 1968 with numerous awards and the highest Air Force service decoration for heroism, the presidentially-awarded Air Force Cross. In the 1950s, he led the Air Force...
View More...