Personalized , dated inscription, in year of publication, on the verso of the half-title from Wayne Barton. Publisher PR piece laid in. View more info

As new, never read, jacket protected in mylar. Signed (name only) on the title page by the author. View more info 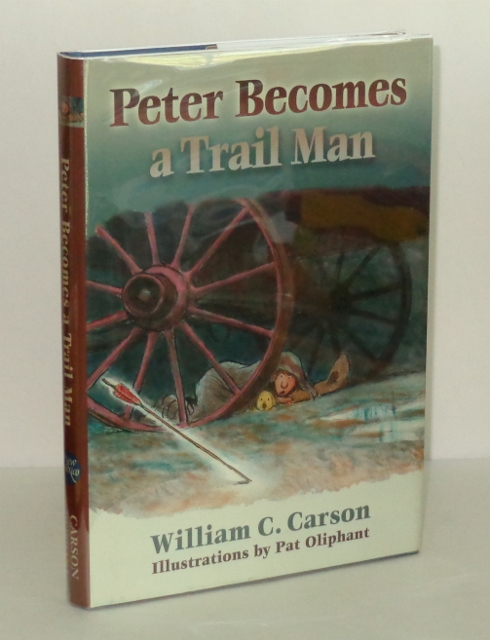 Peter Becomes a Trail Man : The Story of a Boy's Journey on the Santa Fe Trail

Peter and his dog head west on the Santa Fe Trail in the 1850s to find Peter's father. Along the way they encounter and survive Indians, a buffalo stampede, and other adventures. View more info 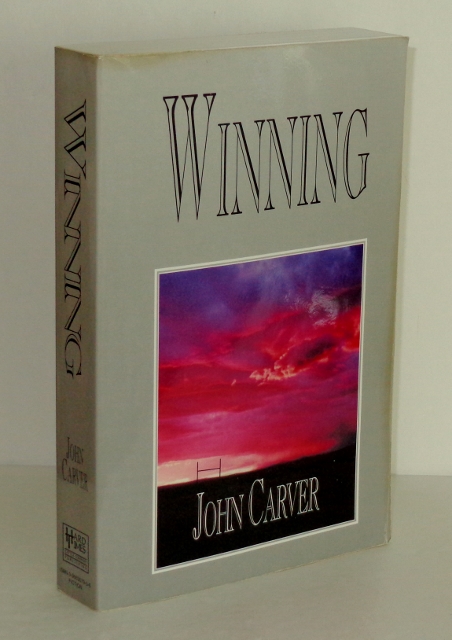 Jacket shows a little wear at the extremities. A contemporary novel of adventure and romance when a good man chooses an early retirement. Set in the contemporary West near Jackson Hole, Wyoming. Vivid descriptions of the Jackson Hole area, its people, and outdoor activities. View more info 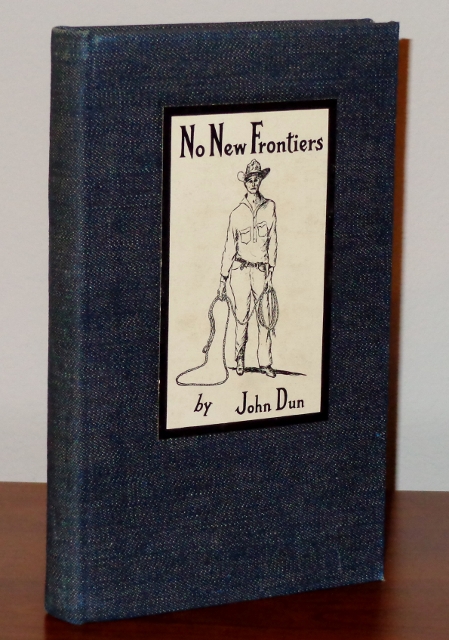 Blue cloth with pictorial paper label pasted to front cover. Map illustrations to endpapers. Previous owner name to front free endpaper. Some light foxing to the endpapers. The blank page that follows has this inscription from the author: "Birthday greetings to Marj, November, 1938. From the little Mexican Farmhouse of John Dun and Mary."175 pages with vignette drawings by Wenck. Includes Note on the Illustrations by the author and Introduction by Grove Patterson. Stories (nonfiction) written while the author traveled west. Certain portions of these stories first appeared in the Toledo Times, ... View more info 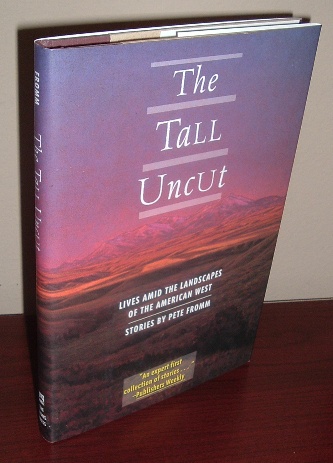 The Tall Uncut: Lives Amid the Landscapes of the American West Stories

The author's first collection of short stories from the American West, from the open landscape to close relationships between men and women. View more info

The Tune on the Stairs

The Tune on the Stairs

Inscribed and dated (1988) by author on front free endpaper. Family chronicle that reflects on Texas history from old West through World War II and into current times. View more info 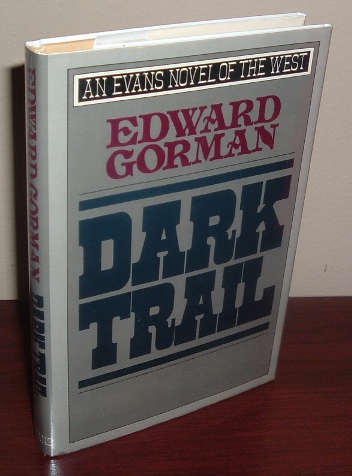 Dark Trail (An Evans Novel of the West)

Guild (An Evans Novel of the West) 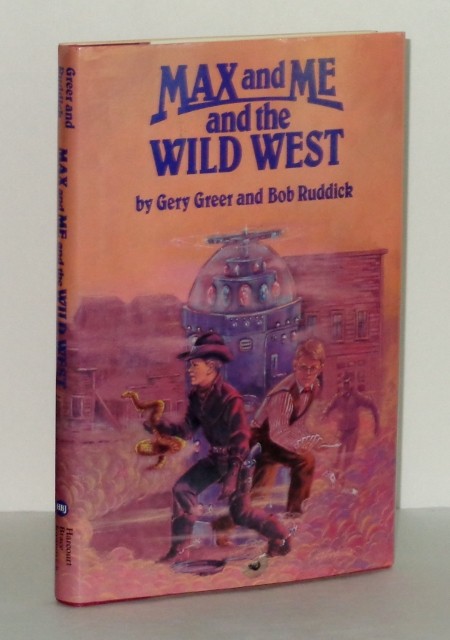 Max and Me and the Wild West

138 pages. Steve and his friend Max use their time machine to return to the richest, roughest boom town in the old Wild West where they pursue Gentleman John Hooten, the Rhyming Robber of the Rockies. View more info 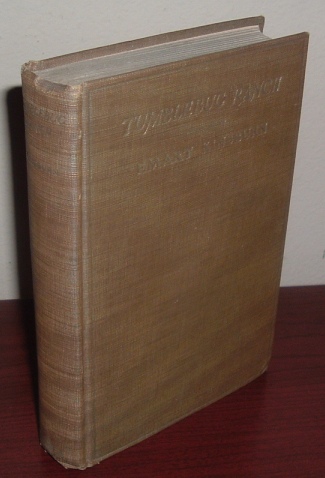 Brown cloth with gilt titles, fading on the spine and somewhat on the front cover. Bumping to spine ends and corners. Binding and hinges are solid. 254 pages. View more info 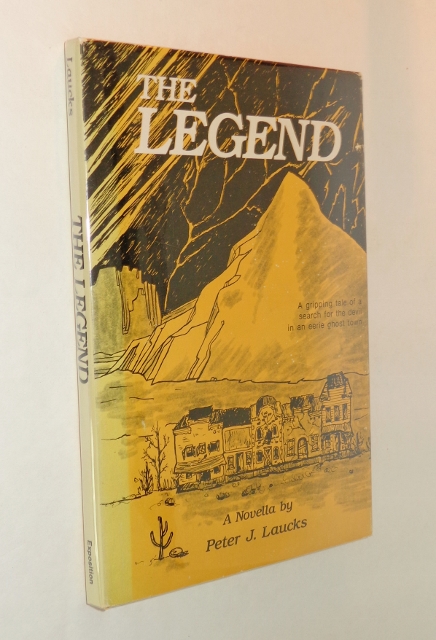 The Legend: A Gripping Tale of a Search for the Devil in an Eerie Ghost Town

An old Indian legend and map lure a professor into an adventure in a Northern Arizona, Old West ghost town. Signed by the author on the front free endpaper (name and date only), dated in year of publication. View more info 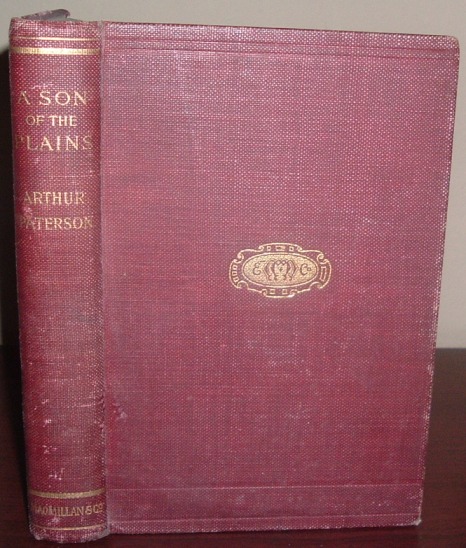 A Son of the Plains

Dark red cloth with gilt lettering and decoration. 261 pp., plus 7 pages of publisher ads for books. Wear and rubbing to the edges and extremities. Clean copy, no marks or writing, except for the number "5" written in blue pencil on the rear endpaper. Binding and hinges solid. View more info

Light wear, couple of small spots on top and bottom edges, a few tiny nicks to fore-edge. Jacket shows light wear and rubbing with a tiny, closed tear at top of rear panel. Signed by the author on the title page. View more info 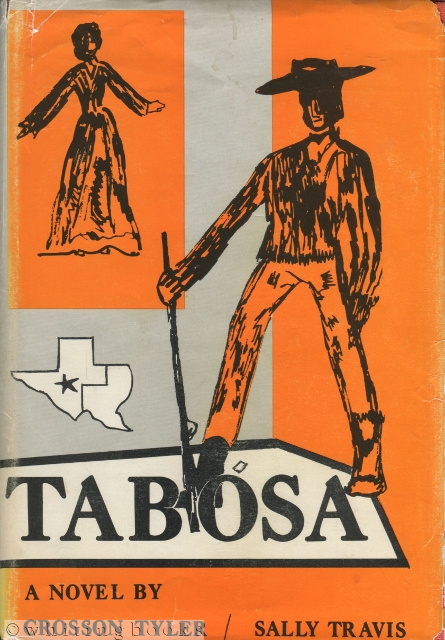 By: Tyler, Crosson and Sally Travis

Light wear to cloth-covered boards. The dust jacket is chipped and has some paper loss along the flap folds. Protected now in a Mylar archival sleeve. Signed by Crosson Tyler on the front free endpaper. Clean copy. 356 pages with black and white illustrations and maps. An historical and biographical novel of West Texas (Big Bend area) and the founding of a ranching empire by a Southern woman from a prominent New Orleans family. In 1860, after the death of her father, Valerie Hope O'Brien leaves "polite Southern society" in search of new adventure out west. Co-author Crosson Tyler lived much of... View more info 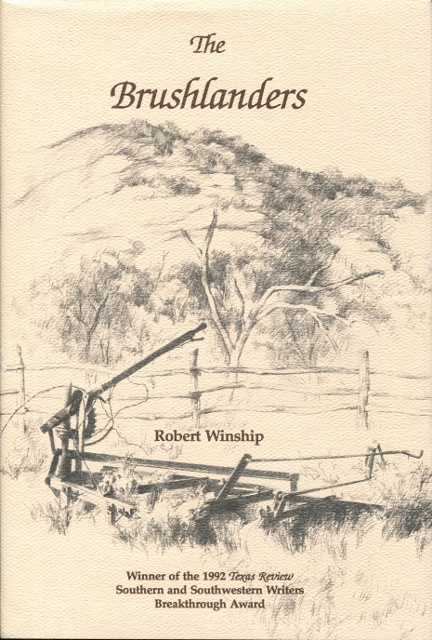 A collection of stories set in the land west of Austin, Texas. Winner of the 1992 Texas Review Southern and Southwestern Writers Breakthrough Award. View more info 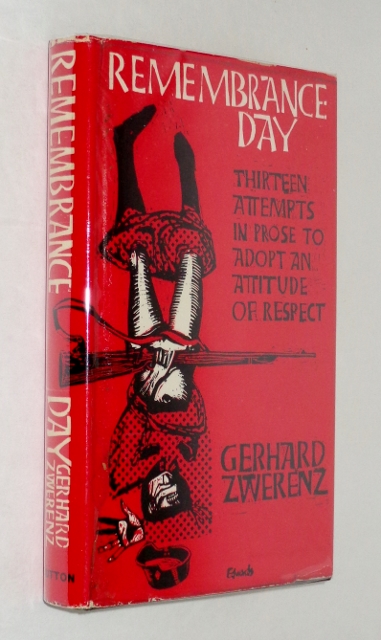 Remembrance Day: Thirteen Attempts in Prose to Adopt an Attitude of Respect

Couple of light stains to the bottom edge. Jacket has light edge wear and some of the laminate is peeling, but protected now in a new Mylar cover. Short stories set during World War II, primarily from a German viewpoint, inspired by the horrors and waste of war and the fears of life under totalitarian governments. The author, born and raised in Germany, joined the Nazi Army at 17, deserted to Russia two years later, where he was imprisoned for four years, released into East Germany, and eventually fled with his family to West Germany and freedom. 167 pages. View more info